The 25th Golf Classic & Improve Your Business Skills workshop couldn’t have got much better. Unlike last year, the weather was fantastic. Lionhead Golf & Country Club staff did an excellent job accommodating us, and guests were busy visiting with old friends. Here are some of winners. 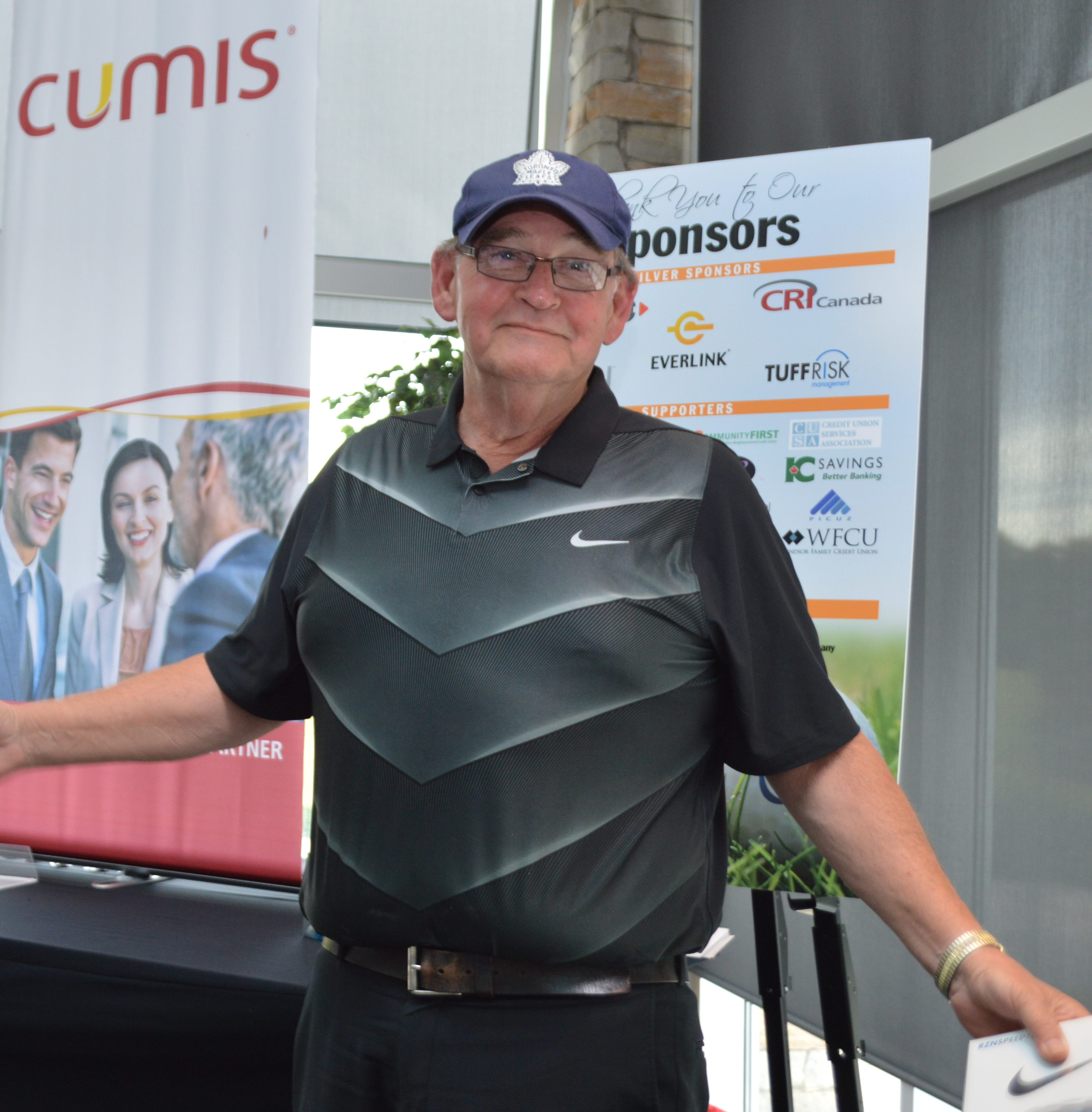 The focus this year was less on golf prowess and more on having fun. That said, the foursome from Hamilton Commercial Printers, Harry Blunt (photo to right) and team were

told by the Pro Shop they had one of the lowest net scores ever turned in!

The Tandia team of Kathy Clark, Nancy DiGregorio, Sandy Alward, and Donna Sheppard won the “most honest” team (photo on left). It took the Pro Shop a while to add things up, but they had the highest score. I don’t know about you, but I’d give my money to someone that honest! Way to go ladies.

The putting contest winner (by way of a playoff just before dinner) was Roger Lake from Smart Solutions (photo on right). Anyone who attempted to get the ball though one of the five holes will attest to the fact you had to be a) very good, or b) very lucky!

The Mixed Team was randomly selected from all of those who played. It was great to see so many teams with a mix of men and women. The award went to Team 7A from Alterna. Frugina Ball, Joel Camasta, Velma Jagroop, and Joel Savaglio. Frugina was pretty confident they had won the most honest team award and was surprised when told they did not. Asked if they had had fun and she replied “for sure!”

The Best Dressed Team went to team 11A gathered from PenFinancial. Truth be told they bribed the judge (which was permitted in the rules). Diane Nieuwesteeg, who claimed she was a tall has her age (really!), suggested they were absolutely the best dressed team. Who was going to argue?!

As a result of a communication mix up the On/Off the Green contest, we did a random draw of all who golfed and Dave

Stoddard from one of the PACE foursomes won.  He was pleased to have one a dozen Nike golf balls that compliment the now famous “Nike wedge” utilized by a number of the golfers.

red into the draw and the winner was….Susan Rosen from Gowling WLG LLP, playing on team 12A. (photo on right)

Lastly we asked Improv instructor, actor, and comedian Stephanie Herrera from Durham Improv to select one of the Improve Your Business Skills participants for the Best Improv Performance. Stephanie was most impressed with all of those who attended the workshop, but said one person stood out in terms of progress and

she was thrilled to announce the winner as Janine Belzak representing St. Joseph’s Healthcare Foundation. Congratulations Janine, we know you stepped way out of your comfort zone! (photo on left – L Janine R Stephanie)

The real winners of the day will be the 2017 Youth Bursary recipients and the CYL Program.  Thank you to everyone who made the day a huge success!